Who are the Cottas?

In Cottas, all elements are openly and proudly amateur musicians. Virtually all linked to multiple tasks including associative direction, merging the concept "Jazz" and the "time factor" precious difficult to manage, the Dixieland becomes like the source of pleasure and fun. In other words, Cottas are above all, a group of young, talented, dynamic, devout, well-prepared... making the Dixieland a way of being, touch and animate. 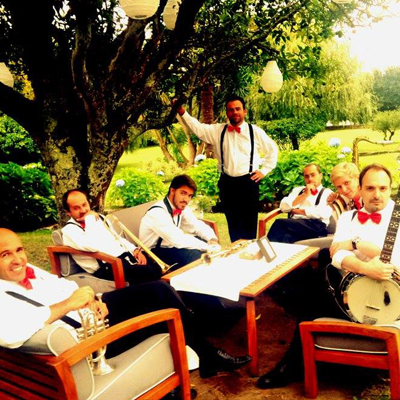 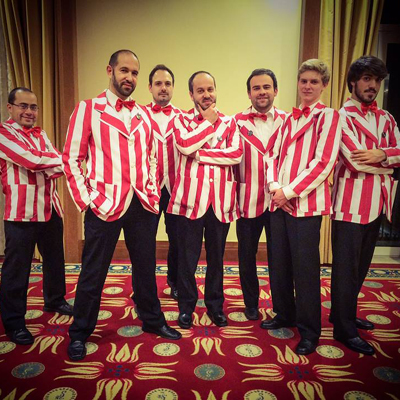 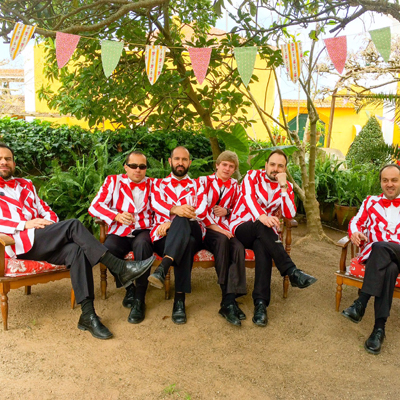 Mario Rui Nunes (Cornet/Vocalist), is the bandleader and the group's founding mentor since 2003. Plays the trumpet since age 13. After 20 years of experience as a Philharmonic musician in several bands in the world, he found in Dixieland Jazz, the true slope of loose and syncopated style. Assuming himself as an adictided to this kind of musical expression , he also plays and manages other musical projects with Vintage musical vocation.

Miguel Campos (Tenor Saxophone/Backing Vocals), He began his artistic career at age 11, in the Circle of Musical Culture Bombarralense (CCMB), taking their first interventions with Dixieland Jazz in the group three years later. Quickly and assidua way, he came to occupy a place in the band in 2014, reconciled as regular secondary education and supplementary education of music. He recently completed a degree in Pharmacy at the School of Technology Health Coimbra total, starting his working life in harmony with his passion for musical art. Therefore, he spreads his charm and good disposition, whether on the saxophone or at the pharmacy shop.

Jorge Maia (Sousaphone), founding member since 2003, had several previous musical experiences, from the CCMB Philharmonic to the University Tuna B. He let himself be invaded by the Dixieland and since then never stopped. He found on Sousaphone his instrument of choice. The bass and low frequencies, in addition to being the basis of the band's rhythmic section, give you the return of happiness in Vintage mode.

Hugo Margalho (Trombone/Backing Vocals) is an professional accountant. He began to develop their skills on the trombone during adolescence in his native land, Bombarral. He is member of the Group since its initial formation in 2003.

Ruben Leiria (Clarinet / Backing Vocals), began his musical studies at the Circle of Musical Culture Bombarralense (CCMB) having evolved at the Conservatory of Music of Caldas da Rainha. In 2008, he enters the Symphonic Band of the Army and played chamber music functions and Soloist. In 2012, he continued his studies at the University of Évora, finishing his degree in clarinet at the Escola Superior de Música de Lisboa. He has collaborated with several national and international symphonic orchestras. He is currently a clarinet teacher in several schools, having joined the group in 2017, developing his vein of improvisation, in the Dixieland style.

Luís Carcoleiro (Washboard / Drums), began his musical studies at the age of 7 on piano, and 2 years later he started to learn Percussion in the Circulo de Cultura Musical Bombarralense (CCMB). In his instrumental evolution, he studied in the Alcobaça Music Academy, Espinho Professional School of Music and University of Aveiro. He played in several Portuguese Orchestras. He joined the group in 2017. He is currently the music education director at CCMB. In constant musical "hyper-activity", he does not dispense with that "creative boom" of the hallucinating rhythms of the 1920s, in his Washboard!

Tiago Fernandes (Banjo/Backing Vocals), joined the band in 2010 reinforcing the harmony of the formation. He is a PhD in Chemistry from IST (LISBOA), and he dedicates himself full time to research and teaching in the field of Coordination and Organometallic Chemistry. He has a great hobby in music, accumulating experience in several music projects, from covers pop-rock, Smooth Jazz, Rock Avant-gard and also Big Band. 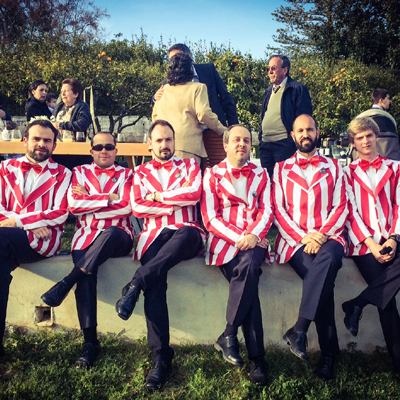 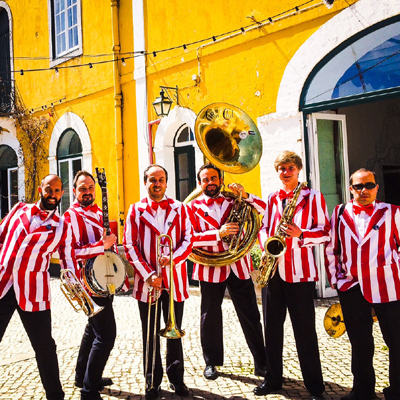 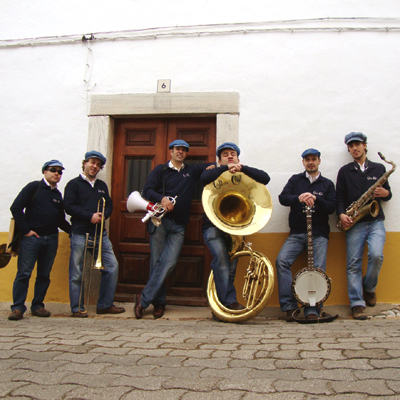